DRT Transportation, an asset-owning intermodal marketing company and third-party logistics provider, announces the promotion of former Southwest Regional Sales Director, Terry Roberts, to the position of Vice President of National Accounts. Roberts brings 40 years of experience in the transportation industry including 7 years with DRT to his new role. 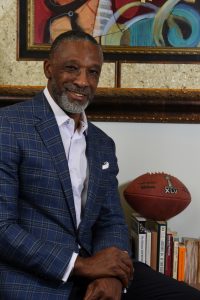 “Terry’s depth of knowledge in the transportation industry and dedication to DRT will provide immense opportunities for the growth of DRT’s corporate and national accounts,” said President of DRT Transportation, Rob Kemp.

Roberts began his career with DRT in the Houston office, where he started and eventually grew the branch as Sales Agent. He also was involved in the integration and implementation of the Responsible Care® program, where DRT was named and received the New Company of the Year Award during the American Chemistry Council’s 2019 Responsible Care® Conference & Expo in Fort Lauderdale, Florida this past year.

“One of my goals as Vice President of National Accounts is to grow and strengthen the Responsible Care® program to create and expand upon DRT’s partnerships, as DRT places a large emphasis on maintaining strong customer relationships,” said Roberts. “We hope to expand and extend our customer base towards winning more chemical accounts to additionally support Responsible Care®.”

In his free time, Roberts enjoys traveling to some of his favorite places in the Carribean and going on adventures. He loves meeting new people and strives to be the best person he can be every day.