With Gale’s arrival, DRT adds over 20 years of intermodal experience to their team.

Lebanon, Penn: DRT Transportation, a third-party logistics (3PL) provider, announced the hire of Rob Gale, a 25-year logistics industry veteran, as the new Vice president of Intermodal. Gale started in the Eagan, Minnesota office on Jan. 2 and his leadership will allow DRT to further develop and scale their intermodal operations nationwide. He will also play a key role in DRT’s aggressive growth and expansion in the central and western parts of the United States. 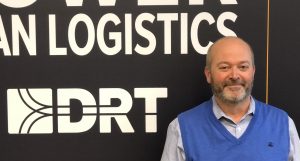 “DRT’s intermodal division has been steadily growing naturally over the past year and adding Rob to the team continues our focus on and investment in growing the intermodal program,” said President of DRT Transportation, Rob Kemp. “With Rob’s leadership in our Minnesota office, we have a huge opportunity for intermodal to flourish,” said Kemp.

Before joining the DRT team, Gale built his career as Vice President of Dart Advantage Logistics and Vice President of Intermodal at the Dart Network. Before that, he served a four-year stint in transportation sales for C.H. Robinson.

“DRT is nimble — when someone has a good idea, the team rolls with it — which allows DRT to adapt and grow with the market in ways that more established 3PL’s can’t,” said Gale.

A lifelong Minnesotan, Gale grew up in Minneapolis, Minnesota and attended the University of Minnesota, Twin Cities. He currently resides with his wife and two sons in Lakeville, Minnesota. In his spare time, Gale enjoys watching his son’s hockey and lacrosse games, golfing and visiting Minnesota’s northern lakes.